Seriously, do they really mean that? Staring down a fellow follower’s tweet—your @sign glares at you like a sputtering neon sign and begs for you to decipher the tweeter’s intent. 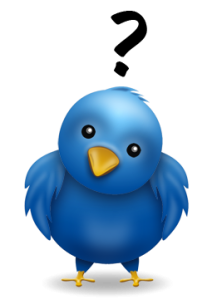 Do I laugh? Am I offended? You’re not sure, so you read it for the second time and a third, scratching your head as to how you should proceed. But the more you read, the more muddled the message becomes.

And unfortunately, you’re the receiver of said bewildering message, and you don’t get it. Your itchy Twitter finger questionably lingers over the ‘reply’ button. But wait…what’s the rush? There’s no timer on Twitter. No one is standing in front of you expecting a quick-witted reaction in 4, 3, 2, 1…

If you find your tweeter’s intent questionable, what’s the harm in researching them? There’s no shame in sifting through their ‘tweets and replies’ to explore the tone they share with their followers. Most likely, their general tweet tone should match yours, so laugh and move on, or hit reply, keeping up a playful social media banter. 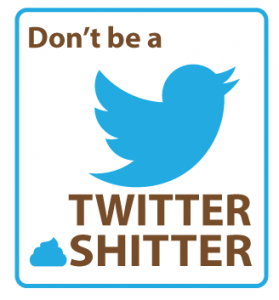 On the other hand, there is a small chance during your sarcasm reconnaissance mission that you might inadvertently wander into the hateful lair of a Twitter Shitter, defecating a multitude of tangled tweets out to the world. If this is the case, stop analyzing and don’t feed them a response, fueling their appetite for negative attention.

After all, that was their intent: to fly by, deuce on your intellect, and most assuredly illicit a response, leaving an opening for another crappy fly-by. If you don’t reply, you don’t give them seed to grow another shitty tweet, leaving them no choice but to migrate another locale.

So the next time your @sign sputters an amusing yet questionable tweet—and you’re not sure whether to laugh or sneer—remember to check your tweeter’s backlog (har, har). It might save you from get dumped on by a Twitter Shitter in the future.